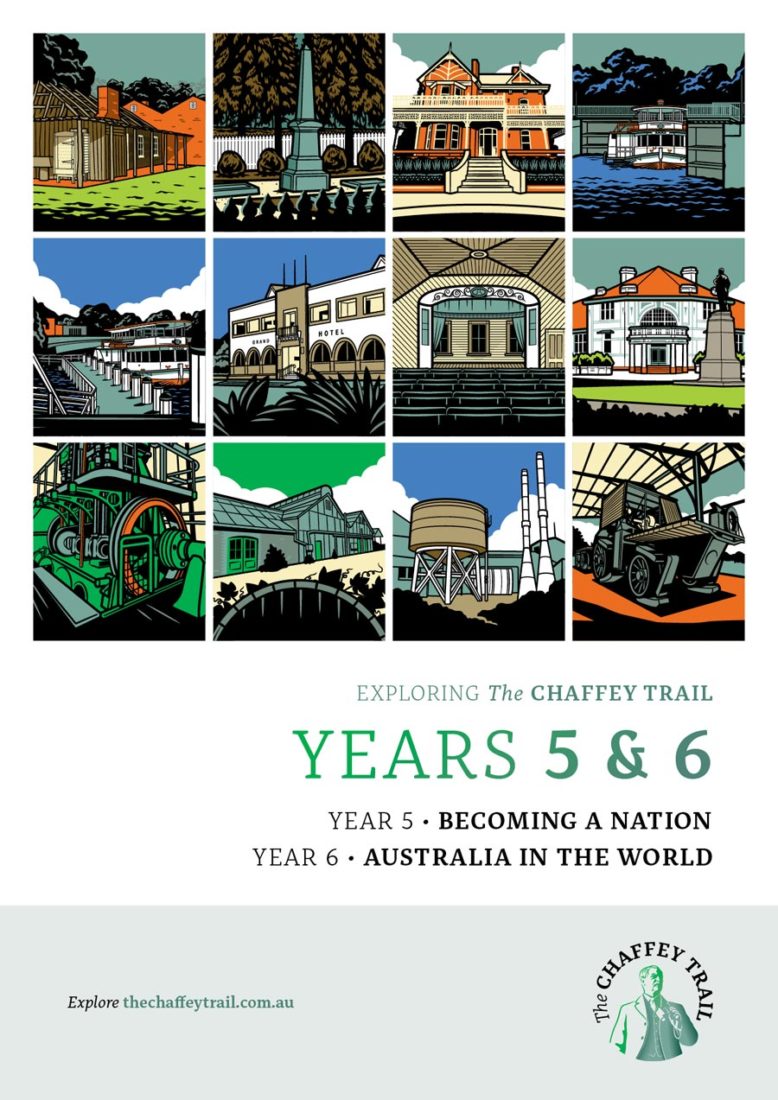 The Year 5 curriculum covers the history of colonial Australia and federation. Students investigate the lives of significant people and significant events in the development of Australian colonies and of democracy, with a focus on the 19th Century. This includes the study Indigenous issues in the period. They will consider broad inquiry questions, including:

The Power Point ‘On the Trail of the Chaffeys’ would provide an effective introduction to this theme. The Unit of Work ‘The Layers of Settlement’ explores the Indigenous settlement and European exploration and colonialization of the area and the impact that this had. The above Unit is based on an excursion to Mildura Station Homestead and looks at the successive settlements of First Nation People, Pastoralists and the Mildura Irrigation Colony. It further explores the development from state colonies towards Federation. An excursion to this and other Chaffey Trail sites is highly recommended.

Year 6 – Australia in the World

The Year 6 curriculum covers the development of Australia as a nation. Students explore Australia’s links to the world including migration to Australia, with a focus on the 20th. Century. This includes the study of Indigenous issues during that period. They will consider brad inquiry questions, including:

The Unit of Work ‘Migration, the Chaffeys and Sunraysia’ has been specially developed for studies of this theme. A wide range of resources to support studies are available from the Melbourne Migration Museum, Sunraysia Multicultural Education and Community Council and from the various ethnic groups and associations. The European settlement of Mildura was multicultural from the outset. The Chaffeys had the ‘Red Book’ distributed worldwide and settlers came from many nations. Following both world wars, there were many migrants who arrived in the district from war-torn Europe. Since then, there has been a steady flow of refugees, asylum seekers and various visa holders from around the world. Much of the work in this unit can be arranged around the student and their families and background. Class or school-based activities could include a multicultural festival including food, costume, music, stories, dance and traditions.