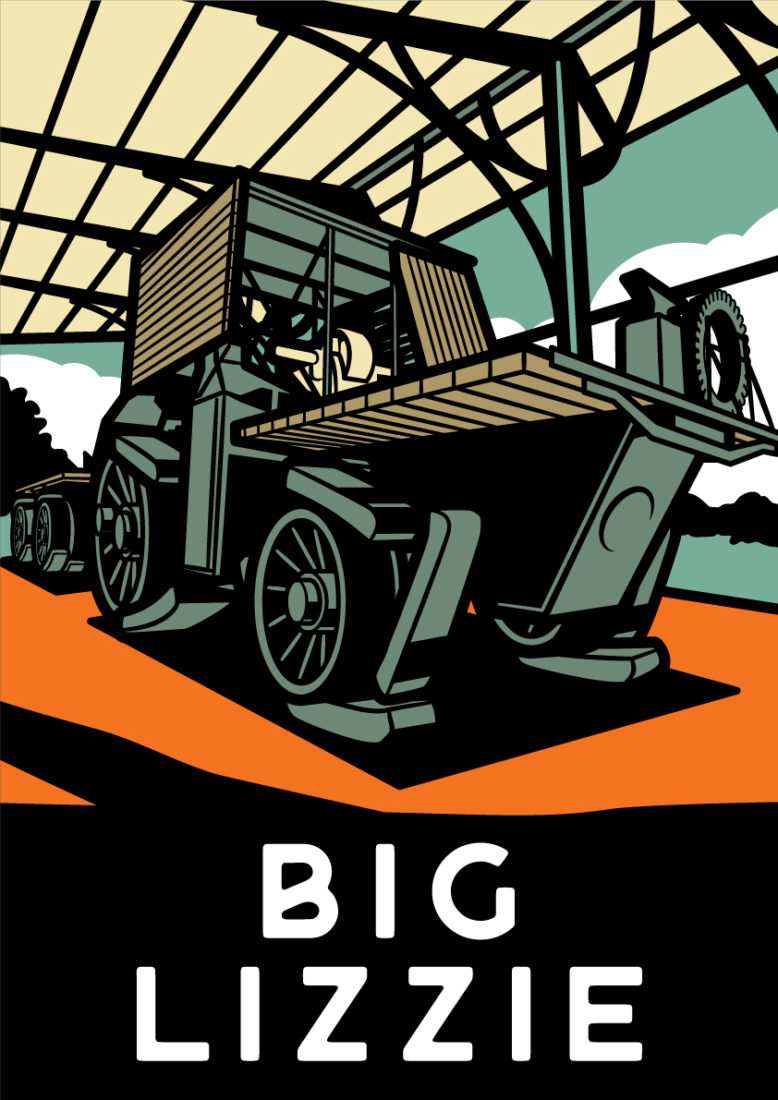 The engine is 34-feet long and the complete trailer 98-feet long and 18-feet high. It weighed 45 tonnes and could carry 80 tonnes. Powered by a 60hp Blackstone diesel engine, it had a turning circle of 200-feet and a top speed 2mph. Apart from its size, the most amazing feature of Big Lizzie are the ‘dreadnaught wheels’, designed by Frank Bottrill to allow it to carry heavy loads across sandy terrain. A complex system of cables allowed it to put down and pick up a set of rails so that the wheel rims didn’t touch the ground.

It was built in Richmond, Melbourne, and set out for Broken Hill in 1915. Arriving in Mildura in 1917 after a 17 month journey, it was unable to cross the Murray River which was in flood.

It first worked in Merbein carrying wheat and wool, and was later used to clear land for the Red Cliffs First World War Soldier Settlement. Its work complete, it left the district in 1924. In 1971, it was found derelict on Glendenning station in the Western District. A fund was established to return it to Red Cliffs for the Golden Jubilee in 1971.

Big Lizzie was actually built because its inventor, Frank Bottrill watched camels struggling to carry heavy loads of wheat and wool across the desert. It was named after a giant British machine gun on the HMS Queen Elizabeth during WW1.

Following months of restoration by locals it is now on display in Barclay Square. A second trailer has been found recently and is currently being restored for display during centenary celebrations in 2021. 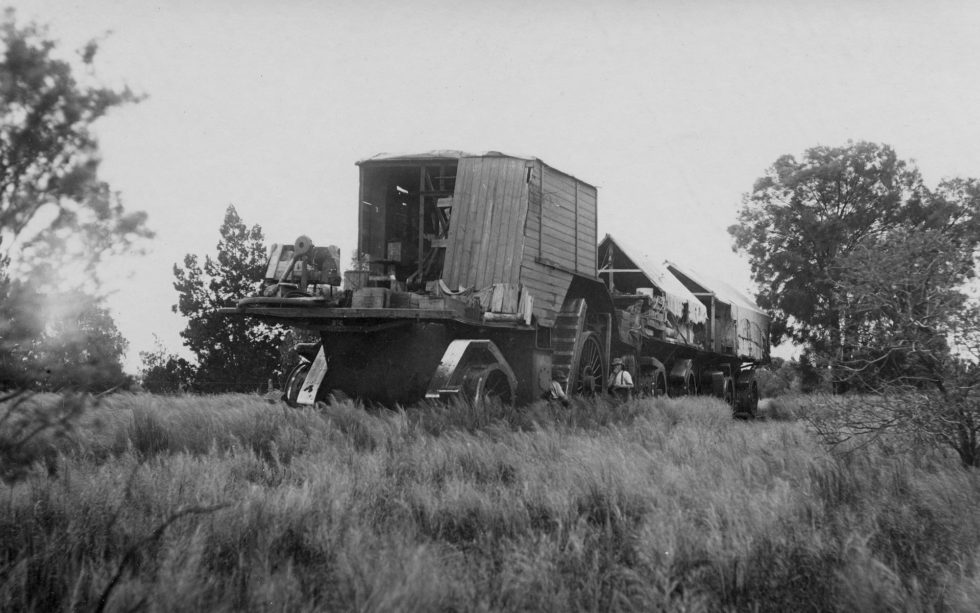 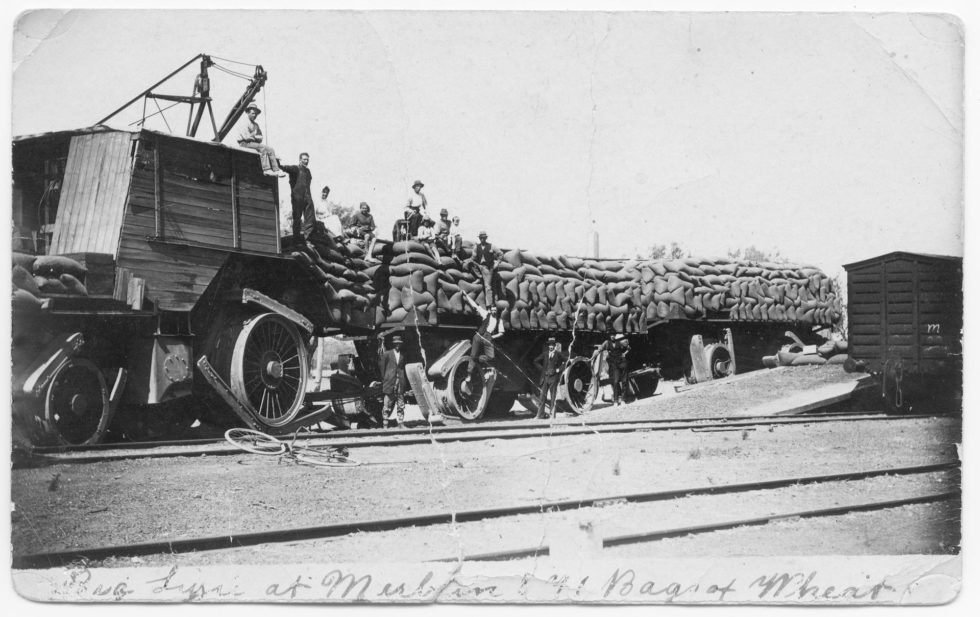 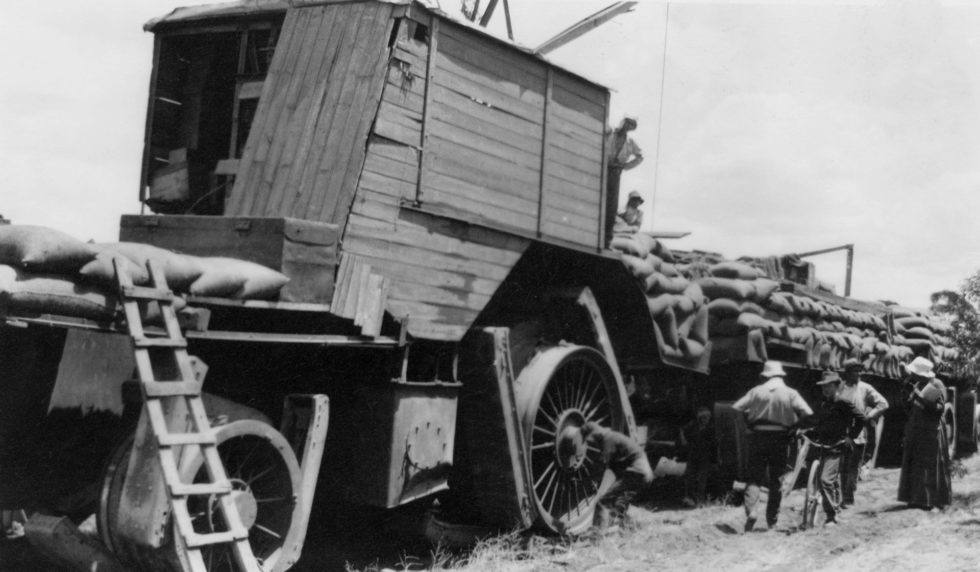