While the Chaffeys intended Mildura as a ‘temperance’ colony’, there is much evidence that the thirsty settlers were able to get around the regulations by establishing temporary clubs, entitling them to a share of the contraband ‘sly grog’.

The original Mildura Club was modelled on British gentlemen’s clubs, and membership limited to businessmen and professionals. The club went into recession after a couple of years. It was re-established in 1894 with W.B. Chaffey in the chair and granted a licence on 31 August of that year.
It was during the 1890s that the other two clubs, the Settlers and the Workers, were also formed, thus providing the refreshment and social amenity for what Ernestine Hill (‘Water into Gold’) describes as the three rungs of Mildura society –the ‘gold knobs’, ‘silver tails’ and ‘copper bottoms’.

In 1901, the club moved to the Mildura Cultivator building in Deakin Avenue. By 1918, the club had outgrown that premises and began plans for a new building on the corner of Deakin Avenue and Ninth Street. The building was completed in December 1919 and officially opened the next year.

A new billiard room was opened in 1930, and this was further modified in 1992. Billiards and snooker tournaments have been regularly played throughout the history, and several magnificent trophies can be seen in the cabinet.

Although the club remained a male-only club, members’ wives were allowed the ‘privilege’ of using a small ‘ladies room’ at the front of the building. The squash court was added in 1933. Further major renovations were completed in 1954 and an area known as the ‘new wing’ established.

WB Chaffey was the longest President of the Mildura Club.

The painting ‘The Reclining Nude’, painted by the same artist as Young and Jacksons famous ‘Chloe; was loaned to the club and hung over the bar for many years. However because of potential damage from moisture and smoke it was returned to Mildura Arts Centre. Members missed her so much, however, they took up a collection and hade a copy painted which still adorns the bar to this day!

The Mildura Club is best known for its external façade, the design for which was won in a competition. Inside, the ‘old world’ charm has been retained, including the ‘punkahs’ in the lounge area, although these are now electrically rather than manually operated.

The numerous open wood fireplaces have also been retained. The portrait of first president, Lord Ranfurly is hung in the wood-panelled foyer. Over the bar, the ‘Reclining Nude’ still reclines although she is a copy of the original which has been returned to Mildura Arts Centre.

As you ascend the famous ‘golden stairs’ to the Committee Room, though a window, you have a clear view of the statue of W.B. Chaffey complete with his binoculars in Deakin Avenue. Legend has it that while one eye is focussed on watching his vision unfold, the other is watching the front door of his beloved Mildura Club waiting for opening time.

The club is not only heritage-listed, but regarded a Mildura icon. 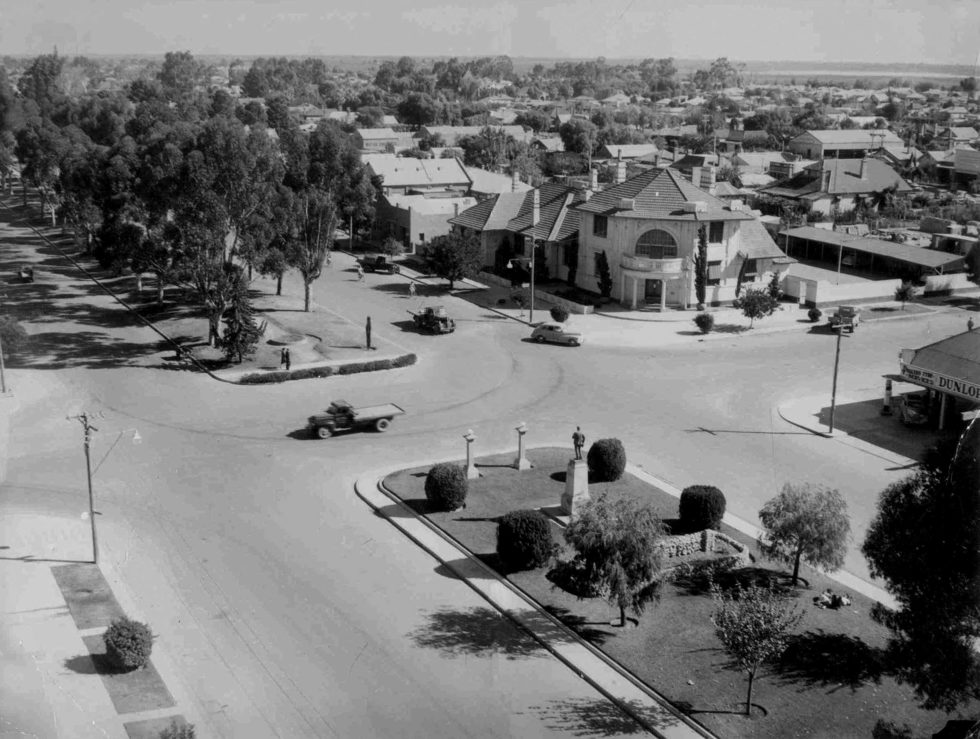 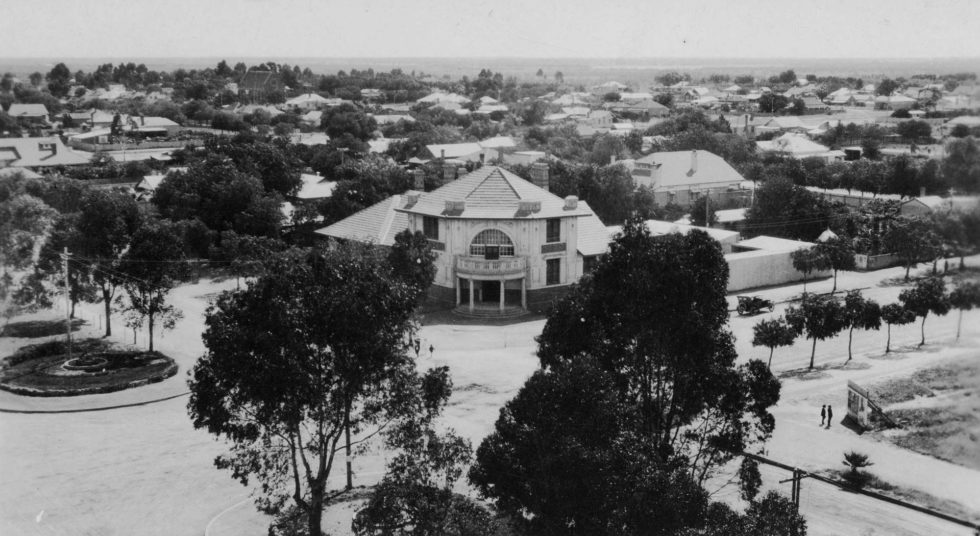