Mildura’s earliest cemetery includes graves of some early pioneers and members of the Chaffey family. Antonia Chaffey, great grand-daughter of W.B. Chaffey, has designed a commemorative garden beside the burial site of the mother of the Chaffey brothers, Ann Maria and W.B.’s first wife, Hattie Schell, as well as four infants. The gardens comprises a granite sculpture and observation seat

One solitary grave stood in the Homestead Cemetery, the first cemetery in Mildura, for nearly 40 years. In 1848, John Hawdon, an employee at Kulnine Station, fell from his horse. He later died in a tent on the riverbank. John was the son of Joseph Hawdon who, with MC Bonney, drove 340 cattle from Melbourne to Adelaide along the Murray, passing Mildura early in 1838. Years later John became a stockman for the Jamieson brothers.

Several Chaffey family members are also buried in the adjacent cemetery. After giving birth to her fifth child, Maurice, on 18 September 1889, WB’s first wife Mrs Hattie Chaffey contracted pleurisy. She died on 6 October 1889 and was buried near the Homestead Cemetery.

Maurice died soon after his mother and he and three other Chaffey infants were buried in the cemetery. George and WB Chaffey’s mother, Ann Maria Chaffey, died from illness and was interred in the homestead graveyard on 23 April 1903.

WB Chaffey erected a magnificent granite monument to honour his young wife Hattie Schell. It now bears the names of those who died after her, including two children from his second marriage, as well as his own mother, Ann Maria Chaffey.

Both of WB Chaffey’s wives were called Hattie Schell. The second Mrs Chaffey, niece of the first, is sometimes known as Hattie (Heather) Sexton Schell to distinguish her.

The Mildura Homestead Cemetery actually consists of two adjacent graveyards. The earliest containing the graves of Joseph Hawdon and the other where the Chaffey women are buried.

In 1998, Antonia Chaffey, artist and great-granddaughter of WB Chaffey and Hattie Schell, offered to design a cemetery upgrade and beautification around the burial site of her female ancestors.

Works began in 1999 and were completed in 2004, with the aid of funding from State and local bodies.

Antonia also designed a commemorative garden, granite sculpture and observation seat to commemorate the lives of all the pioneering women of the region.

Advice was also sought from Aboriginal elders regarding the significance of this area. With permission, shells from nearby middens were used to restore the headstone of the small grave inscribed only with ‘A.W’. 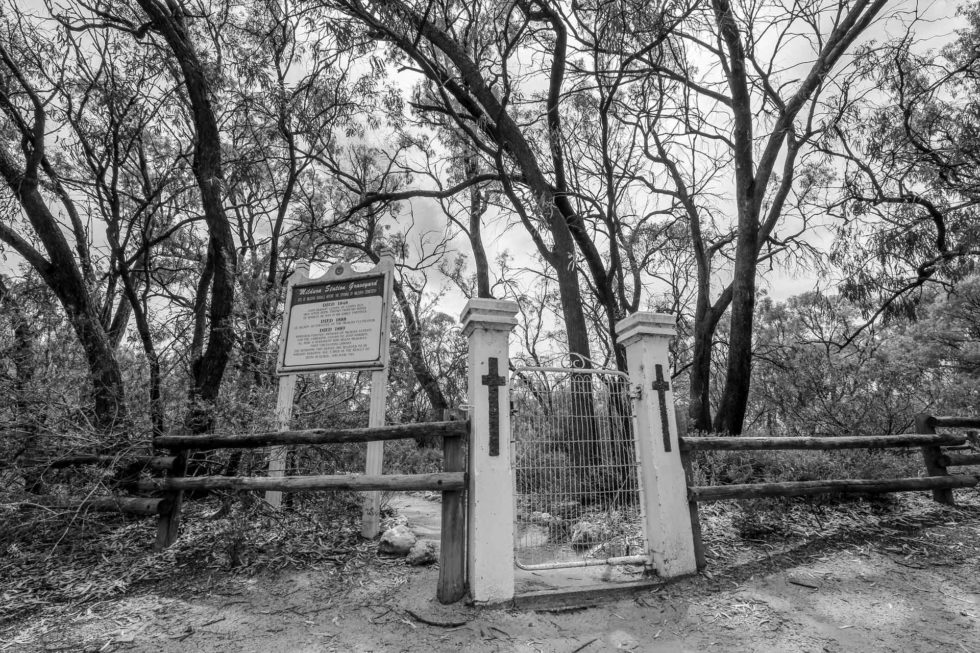 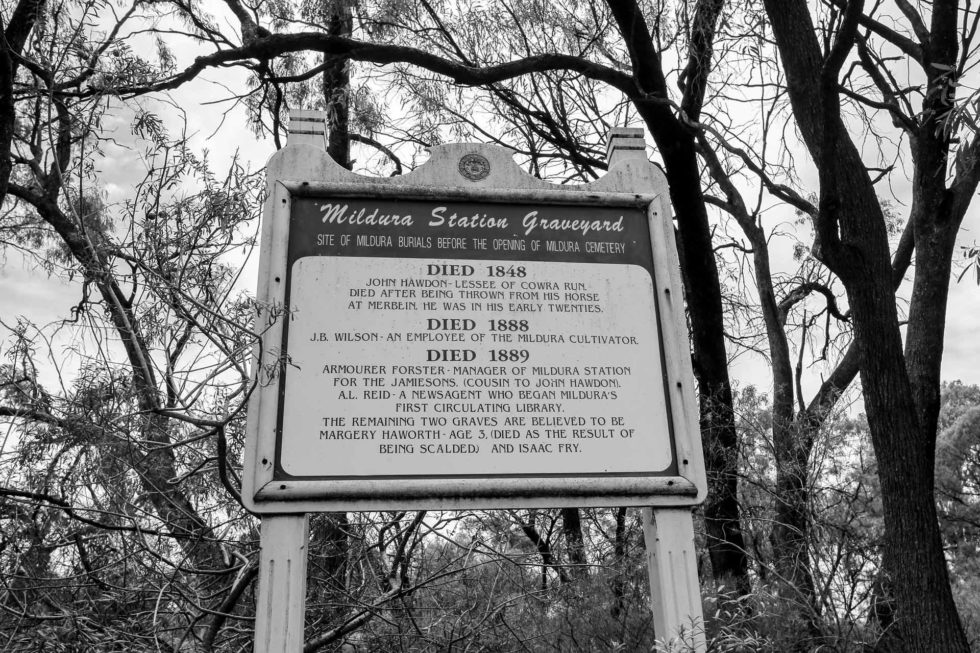