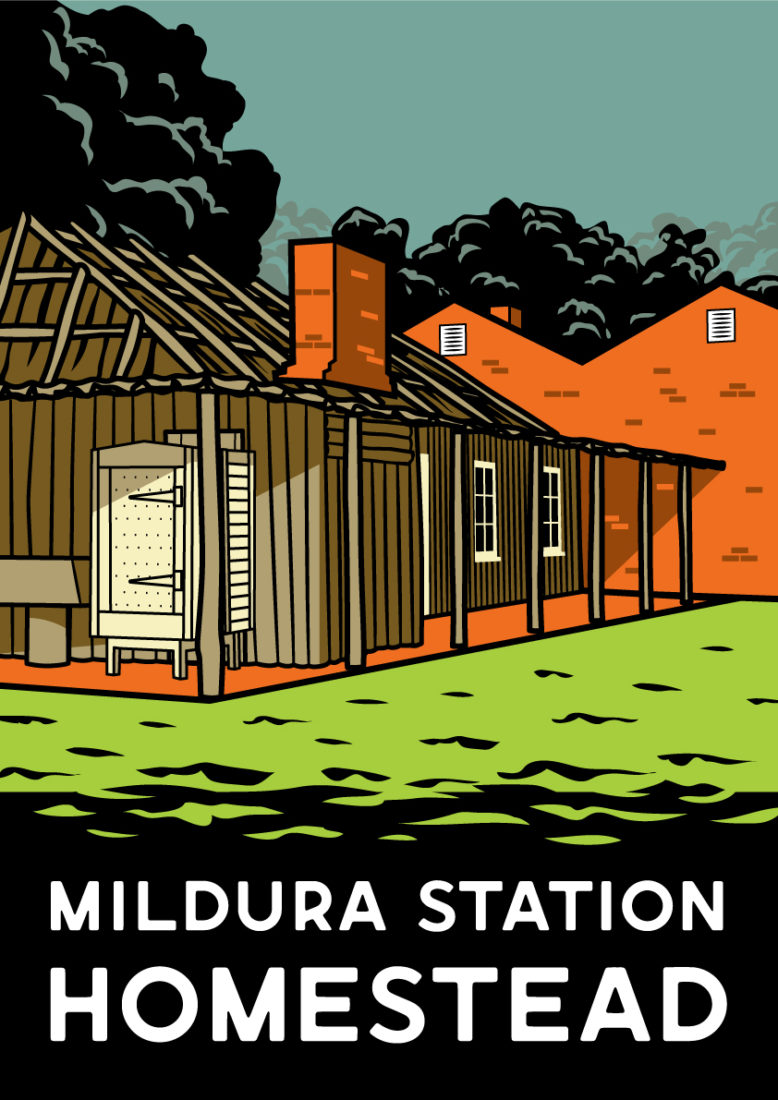 The homestead is a recreation of the first home built in Mildura circa 1847, and is built close to the site of the original “Mildura” pastoral lease and station established by the Jamieson brothers in 1847.

It was here that the Chaffey vision for the irrigation colony evolved. The recreation consists of the homestead, outbuildings, the woolshed and rose garden.

The area we now know as Mildura was first settled on 1 March 1847, when Francis Jenkins swam 900 cattle and 10 horses across the river from New South Wales to this site. Believing he had settled in South Australia, Jenkins travelled to Adelaide to register his selection.

Meanwhile the Jamiesons obtained a Depasturing Licence for leasehold from Melbourne and named the property ‘Yerre Yerre’. The name was later changed to ‘Mildura’ in 1858.

Early pastoral days were successful, boosted by a fledgling riverboat trade, and 10,000 sheep grazed the Mildura run by 1854. Alexander McEdward purchased the run in 1874 and enjoyed good seasons and high prices for wool for four years until rabbits and drought plagued the property.

He sold the Mildura freehold and adjoining three leasehold blocks to the Tapalin Pastoral Company in 1885.

By 1886, George Chaffey was in Mildura at the invitation of Victoria’s Minister for Water Supply, Alfred Deakin, who had recently inspected the work done by the Chaffey brothers in California, USA.

George Chaffey was so impressed with the opportunities he saw in Mildura that he immediately invited his brother, William Benjamin, known as WB, to sell up and come out.

On 31 May 1887, the Indenture was signed by the Chaffey brothers and the Victorian Government and the Mildura Irrigation Colony was born.

The first irrigation pumping for grape vines occurred at this site.

The Chaffey families lived at the homestead until WB Chaffey moved to Rio Vista House in 1892.

The Old Mildura Station Homestead is a reconstruction of Mildura Station. The homestead tells the story of the Chaffey family’s early domestic and business life in Mildura. It was used not only as their first family home in the area, but also by George Chaffey as the headquarters of Chaffey Brothers Ltd.

The site of the original homestead is 100 metres upstream. It was demolished in 1923 after falling into disrepair, but the homestead’s significance to Mildura’s history and community prompted RR Etherington and AR Mansell of the Mildura & District Historical Society to begin advocating for its reconstruction during the mid-1970s. With support from the Mildura City Council, a specially-formed Building Committee built the cottage, woolshed and grounds to match the original homestead and its location as closely as possible. The Old Mildura Station Homestead officially re-opened on 21 November 1984. One of the original building’s red gum slabs was salvaged and is now kept at Rio Vista House.

The homestead is a time capsule of the past, with a riverboat display, rose garden, woolshed, cottage and implements and machinery. The building that houses the riverboat display was originally the Merbein Girl Guide and Brownie Hut. Today the woolshed is used for weddings and other special functions.

Please visit to see what life was like for the pioneers of the 19th Century. The Mildura Homestead Cemetery is about 200 metres downstream from here and is the site of the graves of several significant pioneers and members of the Chaffey family. 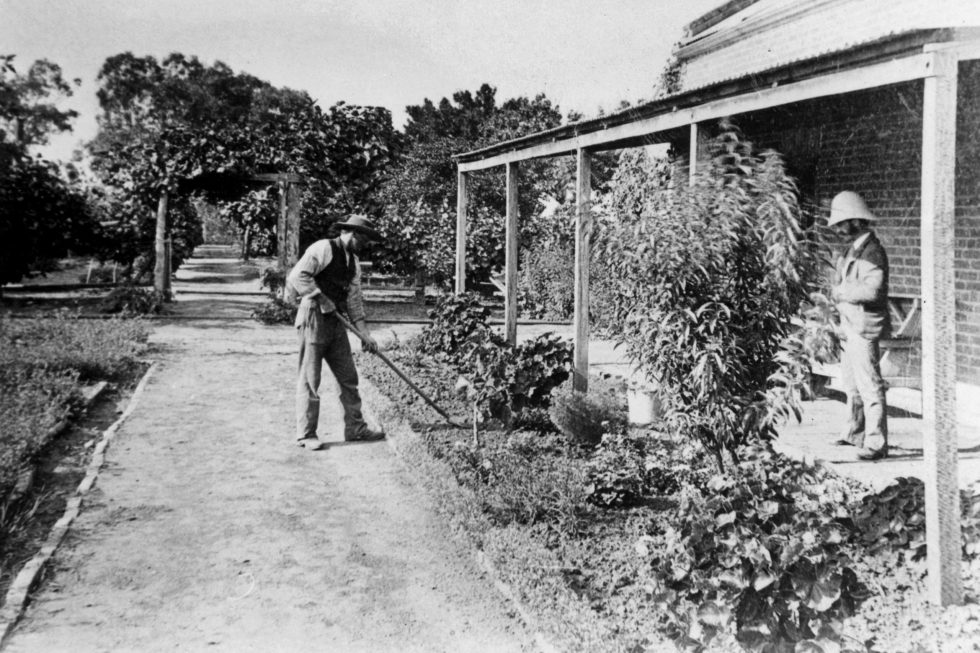 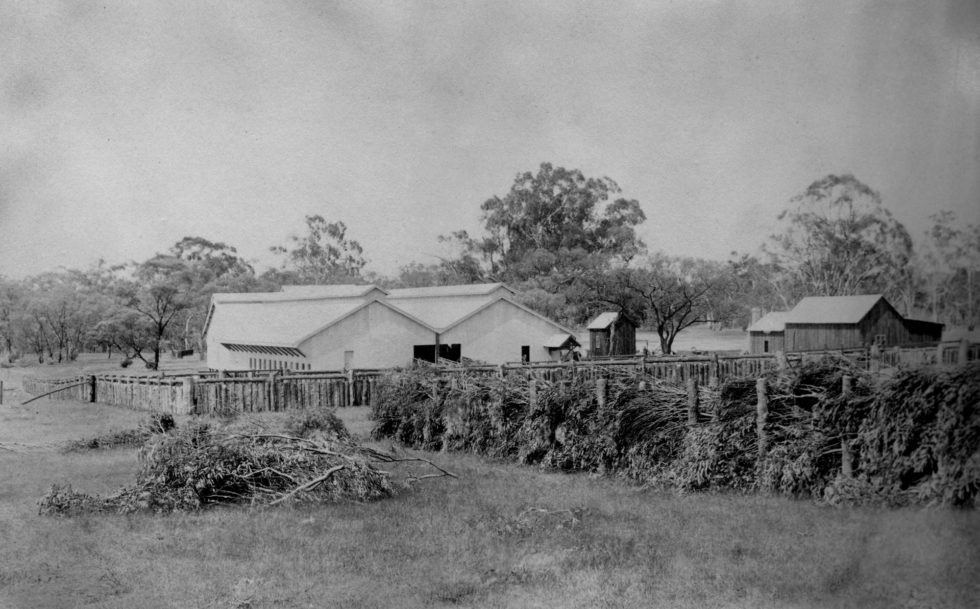 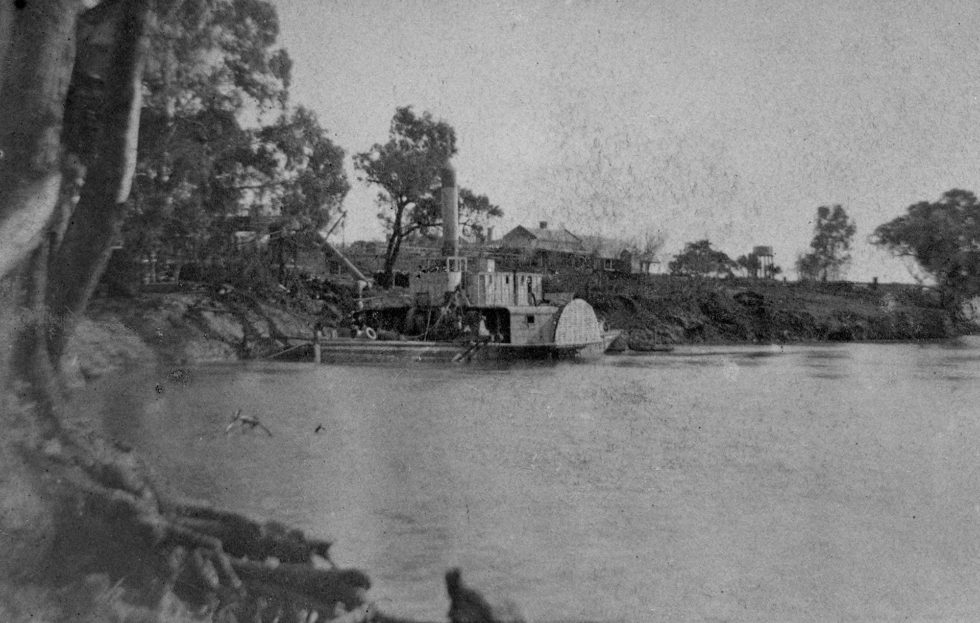